Property is an attempt to reclaim black bodies from the oppressors through ritual (cleansing of a ribcage and one's body), sound (Bhagavad-Gita), and video (The Battle of Algiers). Property brings up conversations about the parallels of all civil revolutions. In this performance specifically, the background film is The Battle of Algiers while at certain points during the performance I would stand on the opposite side holding my fist in the air as a symbol to the Black Power movement. But what does it mean to hold my fist up while I'm standing on a toppled, and hollow column? 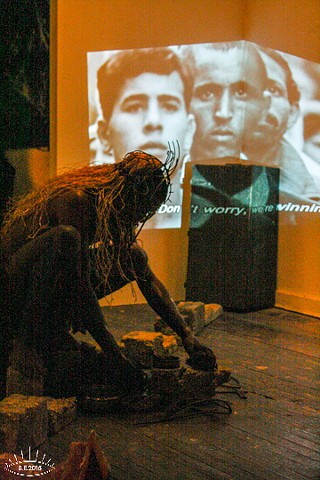 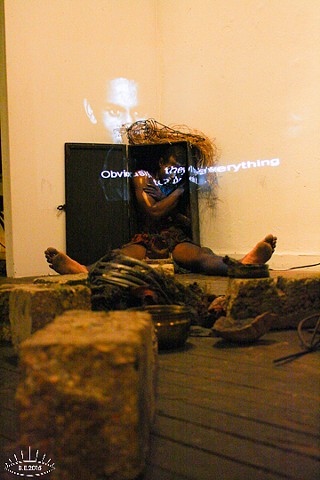 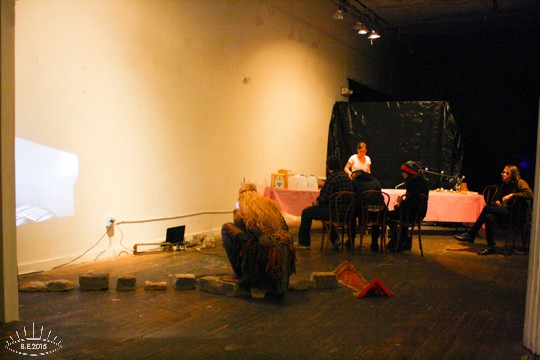 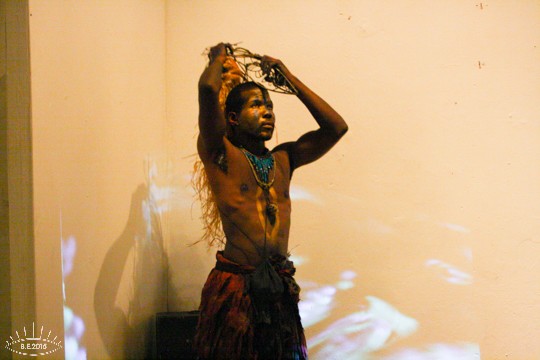 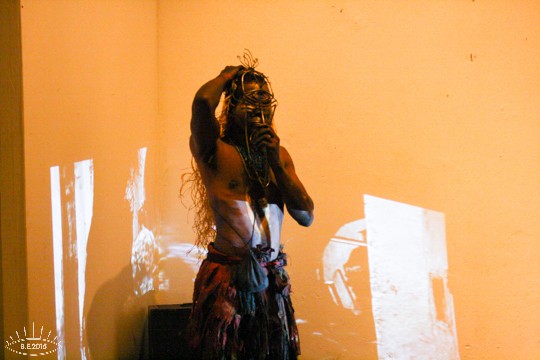